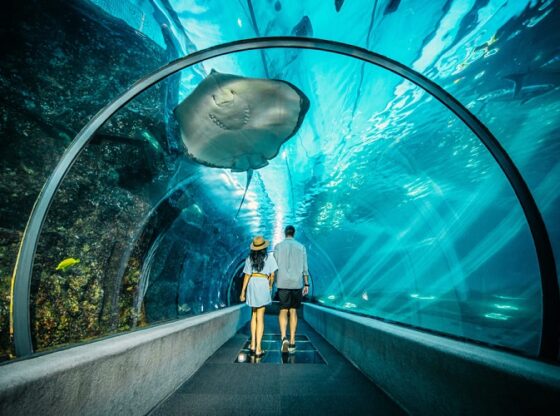 Hawaii is an incredible place to go scuba diving. With its turquoise waters and awe-inspiring marine life, it’s a wonder how this island state can offer a safe and fun experience for all of its visitors. And no matter how many times you visit, you’ll always find something new and exciting to see. From the playful dolphin to the sight of the elusive squid, you’ll never be bored in Hawaii. With so many magnificent creatures to see, there’s no shortage of marine life in Maui. If you’re interested in exploring the ocean in a more active way, here are five underwater creatures that are plentiful in the waters of Maui for you to dive and discover:

These turtles are common all over the island, but they are usually found near the shoreline of shallow sandy areas. They can grow to be about a foot long and have been living in Hawaii for about 60 million years. Sea turtles are classified as endangered, so if you see one it’s important to keep your distance and avoid disturbing it. Their shells are covered in a special type of algae that helps with its buoyancy, but this algae also gives the turtle a green color. You can spot these turtles on most Maui diving tours, so you’ll have a chance to see them in their natural habitat and experience the ancient Hawaiian culture that surrounds them.

The Hawaiian monk seal is the only seal native to Hawaii, and it can only be found in a few remote parts of the island. These seals are endangered due to overhunting, habitat destruction, and marine pollution. They can grow to be about seven feet long and are common in shallow water and sandy beaches. Like most seals, they tend to be solitary creatures and are very elusive. If you want to see one of these seals, you’ll need to take a guided tour in a place like the Big Island or Maui. If you spot one, it’s important to keep your distance and never try to touch it. Hawaiian monk seals are protected by the federal government and are seen as a sign of good luck in Hawaii.

These eels are typically found in the reefs off of the coast of Maui. They usually only grow to be about two feet long, but they are no less ferocious. They can strike extremely quickly and have been known to attack underwater photographers. While most species of moray eels are dangerous, the spotted moray is the most feared. But they’re just a part of the amazing ocean life on Maui, and they help keep other creatures at bay. Even though these eels are dangerous, they’re also beautiful, with bright markings on their scales. If you’re a passionate underwater photographer, you can’t miss the chance to get up close and personal with these creatures.

These octopuses are typically found in the lava rock areas of Maui. They’re not considered to be dangerous, and they spend most of their time hiding. Because they spend so much time blending in with their environment, it’s hard to tell if you’re looking at one of these creatures or just part of the rock formations. There’s a lot of mystery surrounding these octopuses because they’re so well camouflaged and hard to spot. If you can get close enough to one of these creatures, it’s easy to get a photograph that will blow your mind.

Spinner dolphins are named for their signature behavior of leaping out of the water and spinning in circles. They’re common in the Maui waters and can be found in larger groups. You might be able to spot these creatures as you snorkel near the surface. But if you’re on a dive tour, they’re easy to spot because they spend most of their time closer to the surface. Dolphins are one of the most well-known creatures in Hawaii, and they’re also one of the most friendly. If you get the chance to take a picture with one of these dolphins, don’t pass it up!

Diving in Maui is an experience you won’t soon forget. You’ll have the chance to see some of the most beautiful marine life in the world, and you’ll learn a little bit about Hawaii’s history. Whether you’re going on a guided tour or venturing out on your own, there’s no shortage of fantastic creatures to discover in Maui. You’ll find creatures you’ve never seen before and experiences that will live with you forever.