5 Most Popular Festivals of India 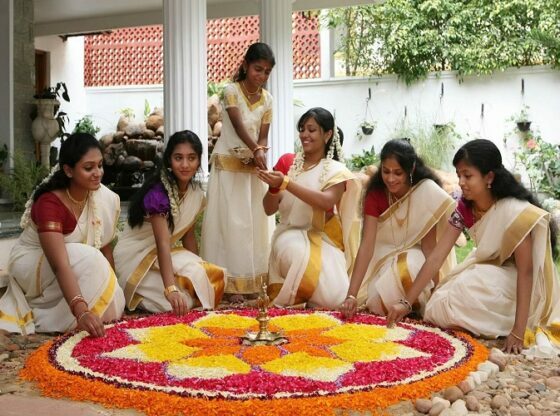 Here are the 5 most popular festivals in India:

Hindus all over India celebrate Diwali which is otherwise pronounced as Deepawali. It is well known for lighting up the lives of the people and it sends a powerful message of good wins over evil. The festival of lights is celebrated by beginning the day with an auspicious Lakshmi pooja. The night will be followed by new clothes, diyas and sweets. Colourful rangolis, electric lights and garlands are used to decorate the house.

The significance of this festival marks the return of Rama to Ayodhya along with his wife Sita and brother Lakshmana after a long exile of 14 years in the forest. There was another story behind the celebration of this festive, Satyabhama along with Lord Sri Krishna killed the demon Narakasura. It will be celebrated during the darkest new moonlight of karateka Masam that is in the month of October or November. The lights were on all night, and the doors were left open as long as possible to greet Devi Lakshmi (Goddess of Wealth) who was said to be visiting residents’ houses in Diwali, bringing financial prosperity and luck to the New Year.

Holi is well known as the “Festival of colours”. This festival is now gaining popularity even in western countries. The significance of this festival is the win of prince Prahlad over the demon Holika. Almost every part of the country will celebrate this beautiful festival. It is usually celebrated on full moon day of Phalguna month which comes in the month of March.

On the night of Holi, people made a large Holika bonfire and sang and danced around it. On Holi day, people gather in open spaces and apply dry and wet colours to each other, with some carrying water guns and coloured water balloons. The best places to celebrate Holi in India are Mathura, Goa, Rajasthan and Delhi while travelling through the India’s Palace on Wheels.

Dussehra is also known as Vijayadashami, which is followed after the nine days of Navaratri. The significance of this festival is the victory of Goddess Durga over the demon Mahishasura. West Bengal will celebrate Durga puja jubilantly. Drama, dances and cultural performances will be performed and pandals are to be decorated beautifully with a large gathering of people to enjoy this festival. This lively festival lasted for ten days, from nine days spent worshipping, and on the tenth day, the huge statues of Dewi drowned in the Ganges.

Ganesh Chaturthi is also known as ‘Vinayaka Chavithi’ is another famous Hindu festival in India. The significance of this festival is the birthday of Lord Ganesha, an elephant-headed God. The major attractions of this festival are the beautifully crafted life size idols of Ganesha and immerse ceremony.It is usually celebrated on the 4th day of first fortnight during the month of Bhadrapada and usually in the months of August or September.

Ganesh Chaturthi is famous in Maharastra. Modak is the special sweet prepared and offered to Lord Ganesh on the festival day. At the end of the celebration, statues are paraded in the streets and set in the sea. Mandaps and Pandal are arranged with idol Ganesha. Many cultural activities such as singing, dancing, theatre, and orchestral performances take place.

Pongal is a 3-day harvest festival which is majorly celebrated in south India. It is well known as ‘Makar Sankranthi’. It will be celebrated with dances, traditional customs, bonfires and songs. People used to decorate their homes with rangolis and rice and power petals are used for colouring which is a symbol of the nurturing harvest farmers produced. The significance of this festival is the food grains will be reached home after the harvest of the crop. It will be most celebrated in the month of January.

Houses will be cleaned on the first day of the festival. The 3 days are bhogi, Sankranthi and kanuma.On the day of bhogi, all the old items in the home will be thrown in the fire and danced around it. In Surya Pongal, South India prepared a sweet Pongal and thanked the Sun God for the abundant harvest. On the last day of the festival sun god(Surya) will enter into Makara Raasi, hence it is also called as Makara Sankranthi.

Know more about the Palace on Wheels train fares and embark your journey to these famous destinations.